A two-year investigation conducted by the FCA found that some motor dealers were overcharging customers more than £1,000 in interest. Find out if you could be eligible for a claim.
FCA report finds that 560,000 motorists might have paid £300 million more interest than necessary. UK motorists in the tens of thousands could be owed compensation.
Correlation found between higher commission rates and interest rates create "potential for significant consumer harm". 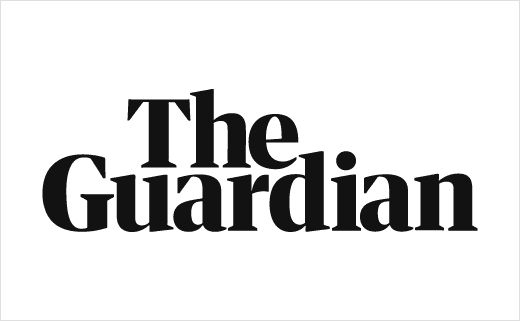 What is the Mis-Sold PCP Scandal?

The scandal over mis-sold PCP loans has come after a two-year investigation, conducted by the Financial Conduct Authority (FCA), found a considerable amount of motorists were being overcharged PCP.

The UK’s financial watchdog found that, between them, 560,000 people could potentially have overpaid a staggering £300 million more in interest than was actually necessary.

The investigation also reported that many retailers were not giving their customers all of the facts necessary to make informed decisions on the deal.

Many sellers failed to acknowledge not only that they were receiving commission from these deals, but also that this commission was linked directly to the level of interest charged.

To help produce these findings, the FCA sent mystery shoppers into over 120 retailers, finding that as little as 31% would explain to customers that the car is not theirs until all payments – including the balloon payment – had been fully paid off. In addition to this, only 28% informed the customer about the total amount they had to pay, and also what would happen when PCP payments were missed.

The FCA reported that it was concerned about the way in which these deals could be manipulated by sellers to create higher commissions for themselves, stating:

“In particular, we are concerned about the widespread use of commission models which link the broker commission to the customer interest rate and allow brokers wide discretion to set the interest rate.”

What Are the FCA's Next Steps?

The findings from the FCA’s investigation have been outlined via their published public report, and will further be bringing this to the attention of the relevant trade bodies.

Firms investigated that did not meet up to the necessary standards will be followed-up with. One of the biggest concerns regarding the findings of this investigation is around the retailer’s commission.

In response to this, the FCA will also be working on changes to relevant policies affecting this area, considering the options of either limiting or banning PCP-based commission models to help stop future customers from being mis-sold PCP.

How Could PCP Have Been Mis-Sold?

There are an array of different ways in which you could have been mis-sold PCP. One of the main issues highlighted in the FCA’s report was related to poor selling on the retailer’s behalf.

Much of the concern has been focused on irresponsible selling tactics by the retailer, including not explaining the full cost of the PCP or the outcomes for missed payments.

It’s also been reported that alongside PCPs, some customers are being sold “add-on” insurance, some of which can be expensive and unnecessary. Below is a list with some of the main things to look for if you think you have been miss-sold PCP:

Am I Eligible to Make a Mis-Sold PCP Claim?

If any of the above issues apply to your situation, you could be able to make a claim. There are a variety of different ways you can go about resolving this issue, including going through your lender’s complaints procedure, going through the Financial Ombudsman Services, or seeking the help of private advisers.

If you think you’ve been mis-sold PCP, it’s important to gather any evidence you have which can help to back-up this claim. Written proof of being mis-sold a loan can be extremely useful when making a claim. If something happens differently to how your contract outlined it would, this could be substantial written proof for a claim.

If you don’t have concrete evidence that you’ve been mis-sold a PCP, it’s still worth explaining any issues you have with the contract to your lender, as they may be able to help you resolve this easily. It’s worth exploring the complaints process with your lender, and if you’re not happy with their response you could then seek the help of either private advisers or the Financial Ombudsman Service.

The Financial Ombudsman Service will be able to investigate your situation. However, they will not take on your case until you have already been through the complaints procedure with your lender and have written proof that the lender has decided not to help with your issue.

What is the Average Price of Health Insurance in the UK?

What Are Common Health Insurance Inclusions?

April 9, 2020
One of the first things you look at when buying health insurance is what inclusions do you have on your…
GuidesHealth Insurance

How Much Does Quitting Smoking Save on Health Insurance?