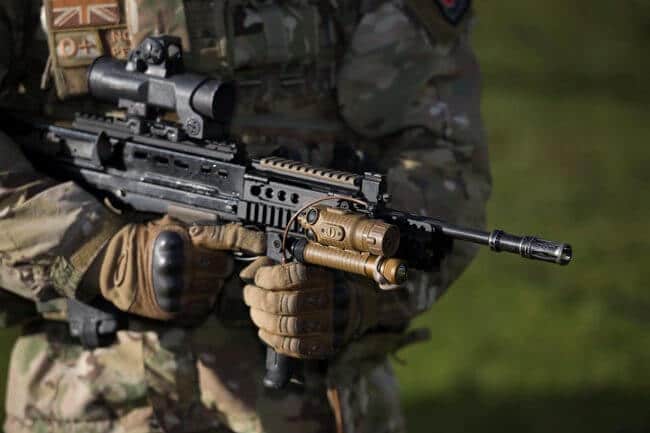 Nearly one million public sector workers are to receive an inflation busting pay increase this year the Treasury has announced.

The Armed Forces’ Pay Review Body’s recommendation for a 2% pay increase has now been agreed and is to be back dated to April 2020.

This increase in pay is to be implemented from their September pay packets.

Chancellor Rishi Sunak, saying this reflected the ‘vital contribution’ they make to the UK.

Each year, independent pay review bodies will make recommendations such as pay rises for all sectors, then the government will either reject or implement their recommendations.

“Our people do vital work every day to protect this country and I’m pleased armed forces personnel will receive a recommended 2% pay rise this year.

“Whether through serving abroad or supporting public services during the coronavirus pandemic at home, this pay increase is a recognition of their hard work and dedication.”

In 2019 Armed Forces personnel received a 2.9% increase in their pay.

Some public sector workers including nurses and junior doctors will not receive this new pay increase, as they have both previously agreed a longer term pay deal.

“The Conservatives froze public sector pay for seven long years, and the rises they introduced after that failed to plug the gap.

“A pay rise for our police, nurses and teachers now is good news, but for many frontline workers it still won’t make up for a decade of real terms pay cuts.

“And many other public sector workers – including those working on the front line in social care – won’t get a pay rise out of this at all because the Tories haven’t made good on their promises to boost local authority funding.

“That’s not fair – and it’s no way to reward those who’ve been at the forefront of fighting this pandemic.”

It is very unlikely the Armed Forces will receive anything similar in any upcoming pay reviews, as the Treasury just launched its spending review and has already warned ‘we must exercise restraint in future public sector pay awards’.