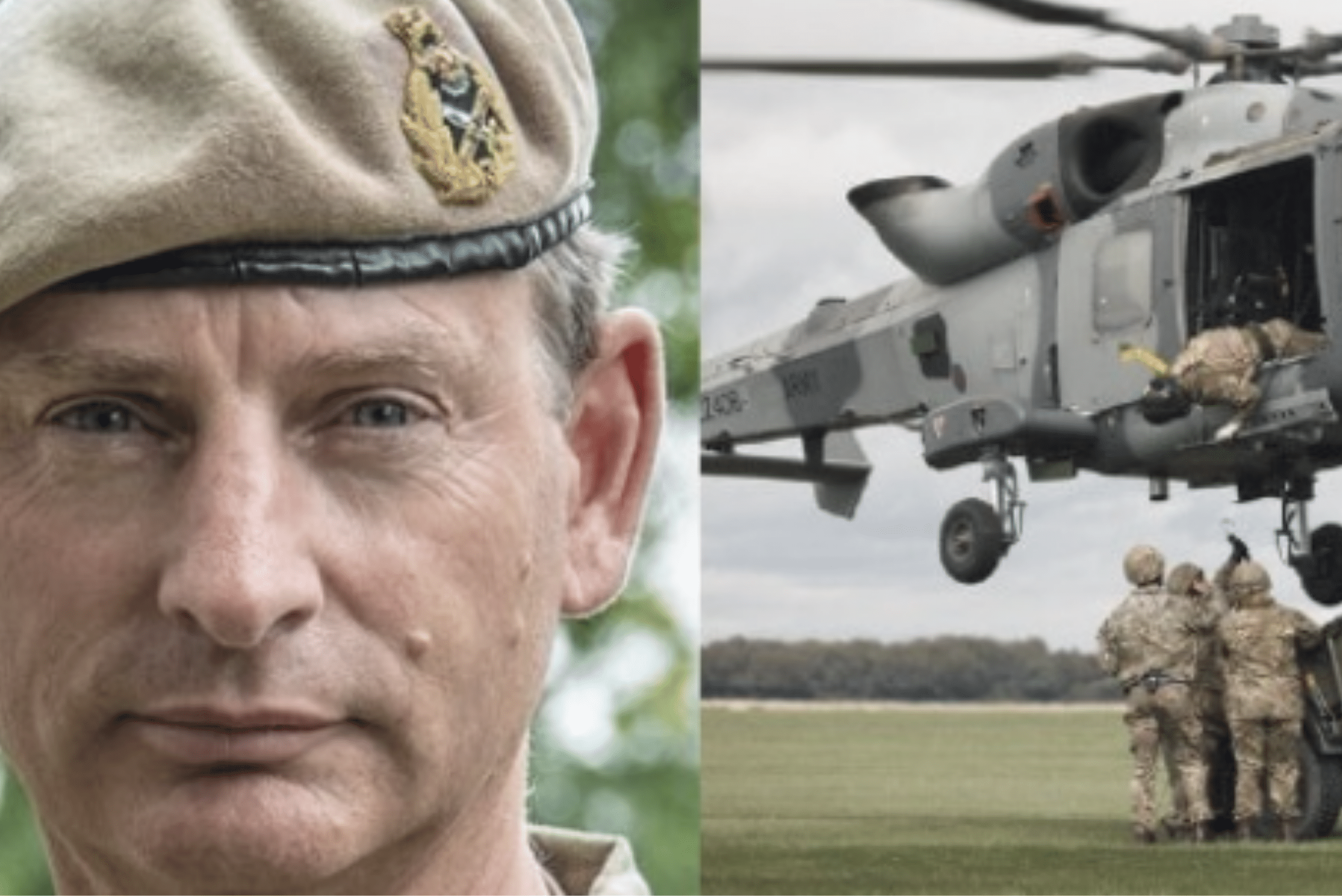 A British Army helicopter drop-off went “tits” last night after pilot drops the Chief of the General Staff (CGS) in the wrong field during a training mission.

A defence source taking part in the exercise and who spoke with Forces Compare told us:

“CGS was due to visit tonight, landing on at 20:00 hours on to a covert special forces operation. However, CGS was duly dropped-off, on time, in a darkened field. Sadly, not the right field.

“Now all hell is breaking loose, because no one knows exactly where CGS is and no one can get hold of the Wildcat helicopter.

“So, to be clear. The CGS is currently Missing In Action (MIA).”

After all the excitement was over, the CGS eventually managed to find his way to exercising troops for the obligatory small talk over a hot brew.

Our defence source told us that at no stage was the CGS in any danger, as he could have just put his SAS skills to use. Adding: “It could be worse; you could be his Aide–de–camp.”

Forces Compare has also obtained exclusive photos of the CGS with his team in the field.