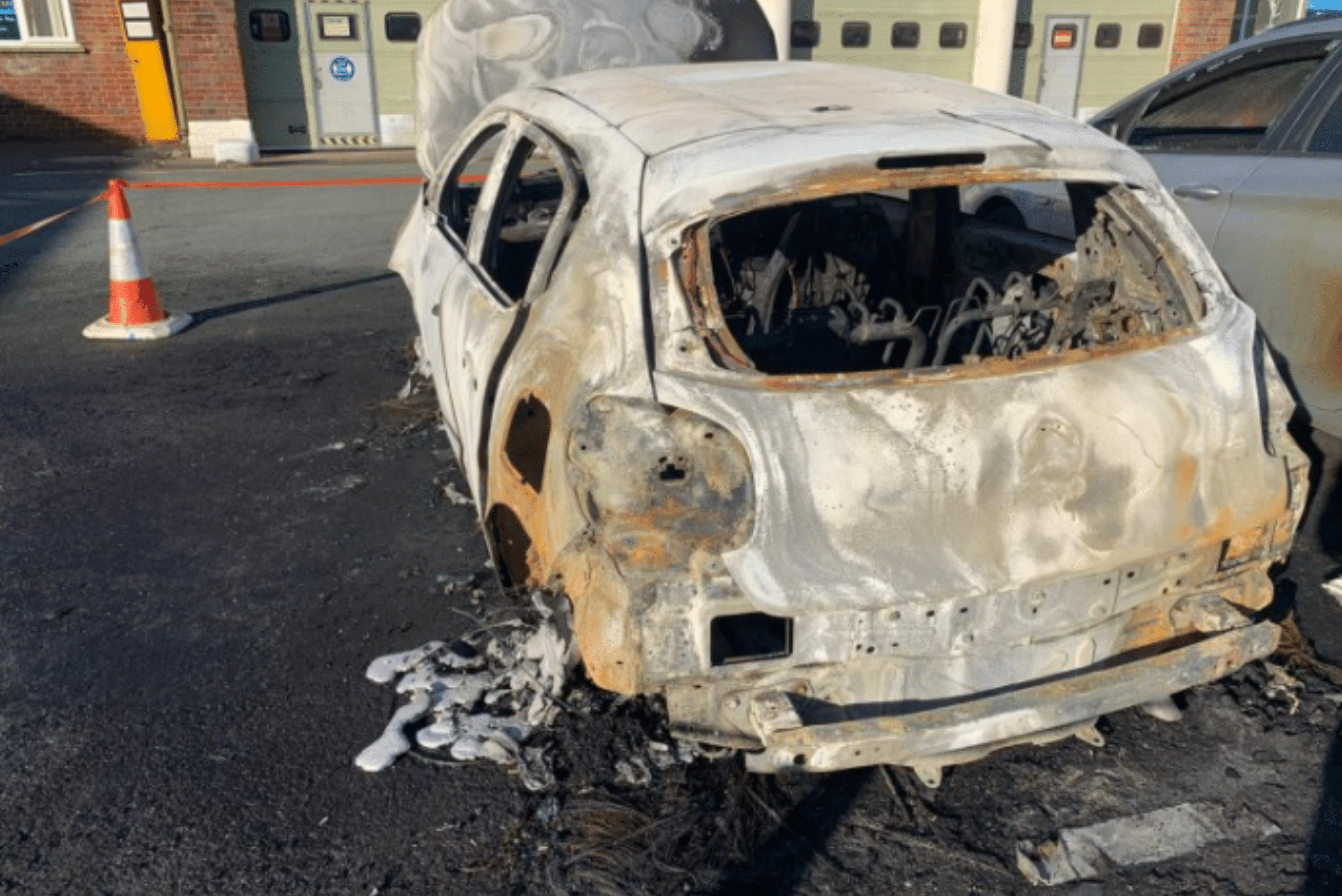 MOD Stafford  last night was treated to an early bonfire night after a soldier returned to camp, smashing his own vehicle into already parked cars on camp, returning later to set a couple on fire.

“lets hope they have the correct military car insurance that makes sure they are covered on MOD property” Alfie Usher was quoted as saying.