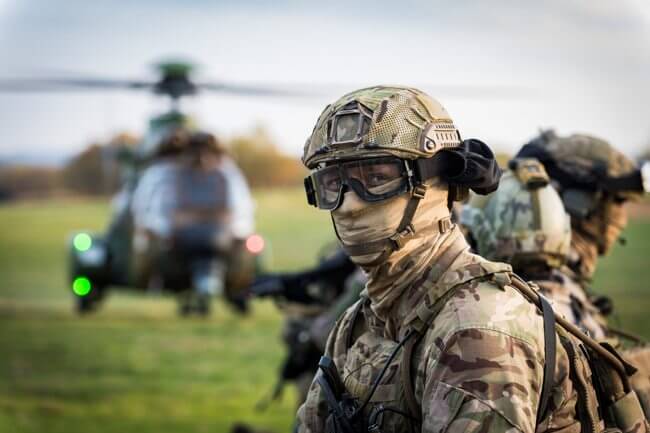 Documents and emails seen by Forces Compare confirm the UK Ministry of Defence (MoD) are set to recover bonuses paid out to retain hundreds of its military personnel.

Cost-cutting measures announced In 2015, in the UK government Strategic Defence and Security Review said that those who join the Armed Forces after 1st April 2016 would no longer be eligible for any commitment bonus.

Hundreds of full-time soldiers, sailors and airmen who accepted these bonuses and were unknowingly ineligible, are to be stripped of their cash – even though they have completed their ‘return of service’.

In the past, commitment bonuses have been used by the MoD to curb the number personnel leaving the forces earlier than expected and for bosses to counter any retention issues.

After receiving any commitment bonuses, personnel are then required to serve for another two years return of service before they can then leave the forces.

Now that their service has been returned, serving personnel affected are still being told that they must repay the money in full.

Many who have spoken to us have said they made huge life decisions to stay in service for the extra pay, and they are angry that they are being penalised due to an error of which has nothing to do with them.

There is real anger that they have returned their part of the deal and are now being asked to pay the money back in full.

The email sent by bosses to those affected and seen by Forces Compare, says:

“It has come to our attention that after a number of factors there are a number of personnel who have been paid a commitment bonus that they were not eligible to receive.

“The applications which were submitted were processed in good faith and input into JPA which allowed the process to go through the system. Unfortunately this was incorrect and the monies awarded will need to be recovered.”

Those who have been paid the money in error are being told that they must pay the money back in full, or at £320+ for the next six months.

Those who have contacted us to raise the issue have said, paying back up to a week’s wage for the next six months would tip them over the edge and into debt.

The issue is thought to be affecting hundreds of personnel in all three of the armed services.

Furious service members have been in touch saying that this decision has been a factor in them now deciding to leave the Armed Forces.

The Ministry of Defence has been contacted to provide comment.
Picture: MoD/Crown Copyright