Thousands of British Soldiers have been deployed to Merseyside to tackle the coronavirus outbreak and to help carry out mass Covid-19 testing there.

The British Army were Called in to spearhead ‘Operation Moonshot’ – the UK government’s response in mass-testing the population of Liverpool and the surrounding areas.

Other suitable local infrastructure was unable to be secured, so 2,200 military personnel are being housed at the family favourite Pontins children’s holiday park.

In famous British military humour, lots of disgruntled squaddies have been leaving reviews on TripAdvisor to share some thoughts on the quality of the rooms and their stay at the resort.

Many of the soldiers living at the holiday park are complaining of the serious lack of Wi-Fi or mobile phone signal. Others are concerned with the security measures put in place – preventing squaddies from leaving the children’s holiday resort unless on official covid-19 work. 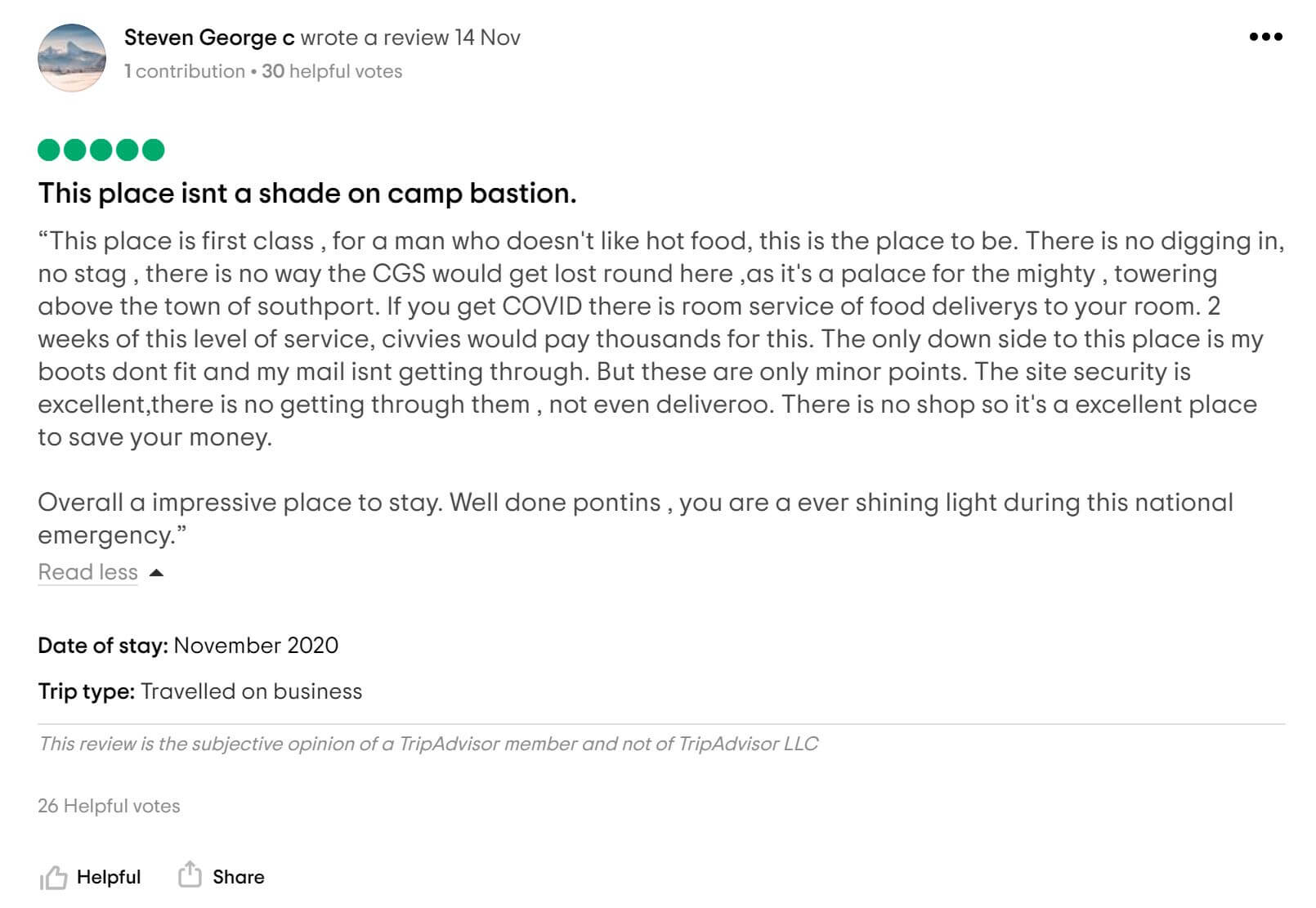 Some personnel staying there have said they couldn’t be happier living in their new accommodation, with one soldier leaving Pontins a 5-star review, writing:

“After years of living in squalor in my barracks, Pontins was like checking into the Ritz.”

Another soldier wrote: “Pontins motto is ‘fun, fun, fun,’ which is something I wish my regiment would consider adopting, what a banging motto.”

Army bosses have warned troops stationed there that their stay could now be extended to keep up with demand at the testing sites across Liverpool.

For more on this, check out @PerreiraJulian