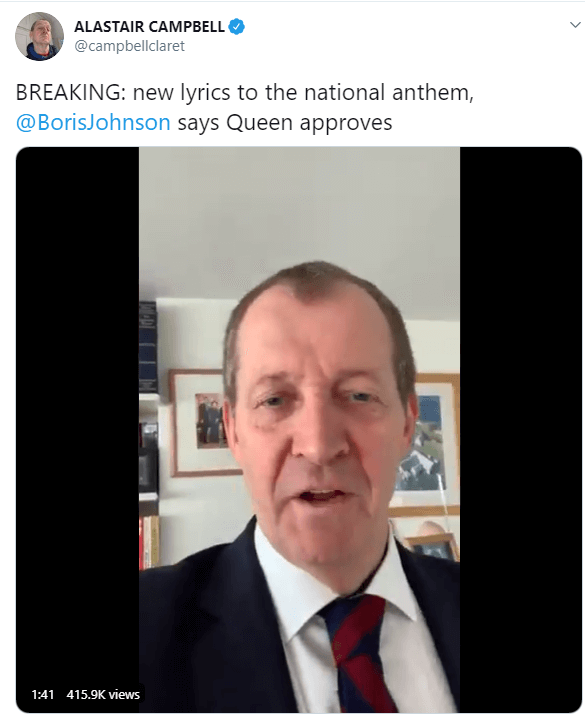 Alastair Campbell has posted to his Twitter account a cringe-worthy video selfie singing his own rendition of God Save The Queen.

In the video he can be seen wearing what appears to be a full-size Northern Ireland campaign service medal – issued to British Armed Forces personnel after serving there during The Troubles, he is also wearing a miniature mess dress medal.

The lyrics appear to take aim at the recent events surrounding Dominic Cummings, even though he himself has admitted to breaking social distancing rules during the coronavirus lockdown.

The 63-year-old, former political aide to Tony Blair is also seen wearing a Brigade of Guards tie in the video. Many veterans and serving men and women have called this recent stunt distasteful.

The military charity Help for Heroes has also hit out via Twitter calling it ‘offensive’ and requesting that he removes the tweet as quickly as possible.