Military servicemen and women, especially those in combat-centric roles, are exposed to high-intensity noise. This fact is an inevitable consequence of joining the Army, Royal Navy or Royal Air Force.

Those who pursue a career in the armed forces do so knowing their role will involve exposure to various types of loud noises. However, many of the estimated 300,000 veterans suffering from noise induced hearing loss are either not aware they can make a claim for compensation, or they do not think they are entitled to claim.

What Claims Do Forces Compare Handle?

The truth is the armed forces or, more specifically, the MoD, owe service personnel a duty of care in the same way as any other employer. If the MoD fails to fulfill their duty of care, past and present service personnel can claim for compensation. There are a number of ways in which this can be done, namely:

Even if you have been successful or unsuccessful in a claim for AFCS or WPS, you can still claim for civil compensation. That’s because you may not have been paid enough for your injuries or your hearing loss was not deemed bad enough to qualify for AFCS or WPS. A civil claim and an AFCS claim are both time limited. Therefore, anyone who notices problems with their hearing should act immediately. The problem for many is that hearing loss is not immediately apparent and most people only tend to notice after it is brought to their attention by someone else. 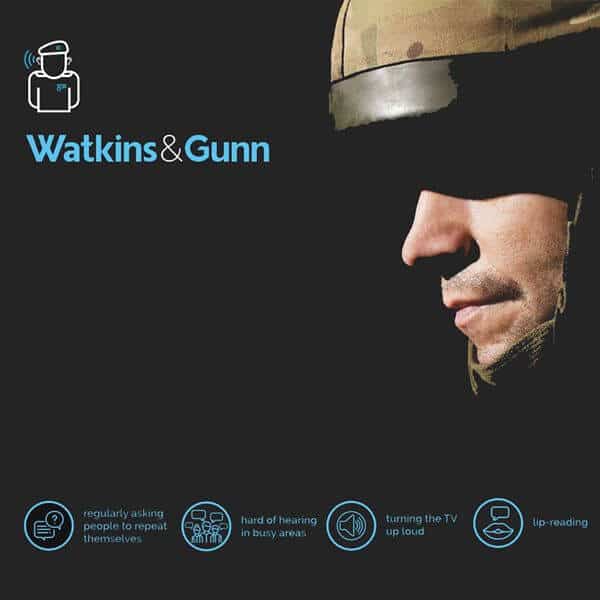 The Most Common Symptoms to Look Out for Are:

Other symptoms can include ringing or pain in the ears, which are attributed to tinnitus and hyperacusis, respectively.

For many, hearing loss can significantly impact on their finances because they can no longer pursue the career they aspired to and upon leaving the armed forces their options for continued employment are significantly limited. In addition, the cost of lifelong hearing aids can be very expensive.

It can be hard enough adjusting to life back on Civvy Street without having to live with the debilitating effects of hearing loss. Compensation is not a windfall; it is intended to recognise and to provide some financial recompense for the lifelong hardship you will face as a consequence of simply doing your job.

Click the button below to find out if you’re entitled to a claim.

Which countries drive on the left hand side?

How many drink drivers are convicted each year

Veterans Rail Card Launch: All The Gen On How To Apply